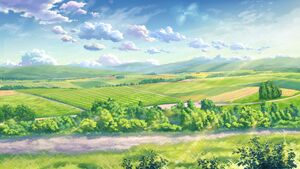 Ribera (リベラ Ribera, literally meaning "Riverbank",) is a small, rural town in the world of Wild Hunt. It is a notable location for being the residence of the Prime family (Ban, Delphi Prime and Juju Prime,) and for being the birthplace of the story's main protagonist, Gilgamesh Prime. It is also the first major, named location to appear in the manga.

Retrieved from "https://dragon-shrine.fandom.com/wiki/Ribera?oldid=5118"
Community content is available under CC-BY-SA unless otherwise noted.